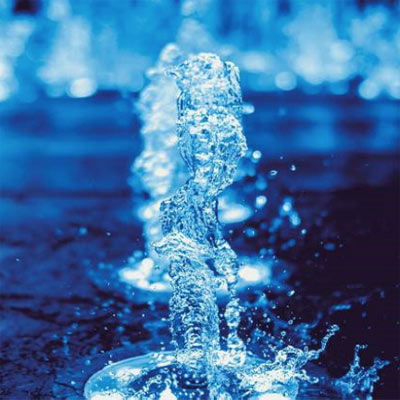 The following article “Pure Magic?” considers the fast-approaching worldwide freshwater crisis that is faced by us all and examines how Atmospheric Water Generation (AWG) technology, that has been developed by Hogen System’s, helps address this.

Viewed from space, Earth looks like a blue marble with white swirls. Some parts are brown, yellow, green and white. It floats like a bright jewel set against the infinite blackness of space. The blue part is water which covers most of the Earth and which makes it unique amongst the planets in our solar system for having water in liquid form on the surface in an amount conductive to the evolution of life.

Earth is the only planet in our solar system that has a significant amount of liquid water. About 74% of the surface of the Earth is covered by it in liquid or frozen form. Because of this, we often call Earth the Blue Planet, and it is only because of its water that Earth is home to millions of species of plants, animals and to Man. Yet despite this proportion of water, the Earth remains a fragile closed ecosystem in which freshwater remains one of the most limited and essential of commodities. While much of the world is covered by water, only 2.5 percent of this is fresh. The rest is saline and ocean based. Even then, just 1 percent of our freshwater is easily accessible, with much of it trapped in glaciers and snowfields.

The water we drink today has been around in one form another since the days when dinosaurs roamed the Earth, hundreds of millions of years ago. But while the amount of freshwater on the planet has remained constant over time – continually recycled through the atmosphere and back into our taps – our population has exploded, meaning that every year competition for clean, copious supplies of water for drinking, cooking, bathing and sustaining life intensifies.